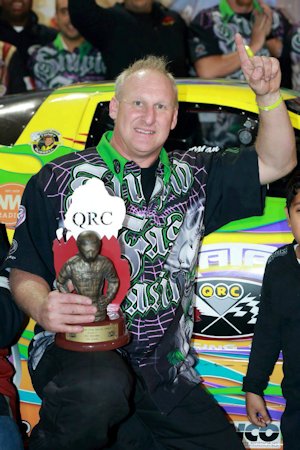 Frankie Taylor took the win in Round 3 of the Arabian Drag Racing League International Championship, this is his second win in the series giving him a nice points boost. The win was no cake walk for Taylor as fellow NCRC equipped Alex Hossler was set on kill recording a 3.549@212.93 during qualifying. Taylor pushed the tree when he went up against Von Smith in the semi-finals resulting in a .014 light and a nice victory running 3.58@212.03 over Von Smith’s 3.59@209.43.

In the final against Alex Hossler both cars broke, but Frankie was able to still put down a 3.70 pass while Hossler set on the line broken – that would have been an awesome all NCRC final round if both cars hadn’t suffered breakage.

Congratulations to Mad Man and crew for the win and to the Hossler Al-Anabi Team on their runner up!!!