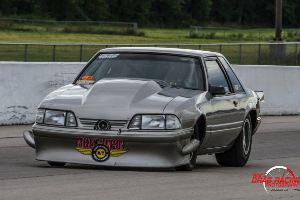 Moyer, the number 3 qualifier ran the fastest side by side X275 race in Oklahoma history in the final round against Tyler Stubbe for the $10,000 prize. Moyer hit the tree better than Stubbe which was important as both cars were almost a draw, Stubbe’s Nitrous car running 4.618@153.37 to Moyer’s 4.620@153.81 – that’s some close racing especially between two different power adders.

Congratulations to Todd & Team Deez on your Back To Back Wins!!