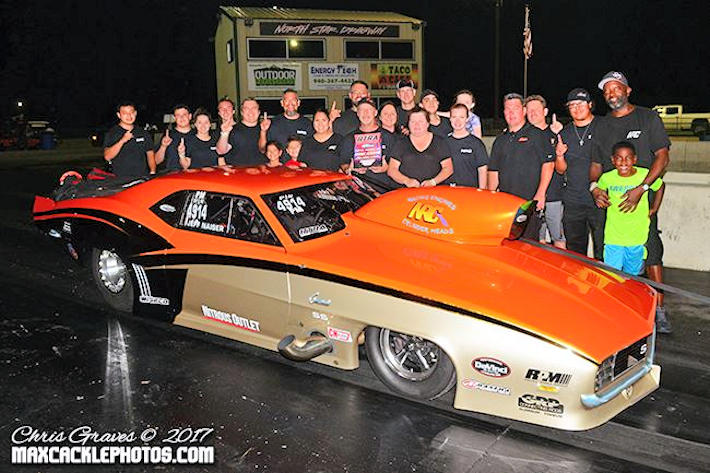 Jeff Naiser had his beautiful Pro Drag Radial Camaro running on rails last weekend at the RTRA Radial Rebellion in Denton Texas. With consistent 3.8X passes, he was very tough all the way to the “All NCRC” finals where he met Rodney Whatley in his blown Vette. Naiser laid down yet another 3.883@194.64 to take the win over Whatley who had an off pass slowing to a 4.200@148.96.

Congratulations Jeff and the Naiser Racing Team on the win and to Rodney and Team on the Runner Up!