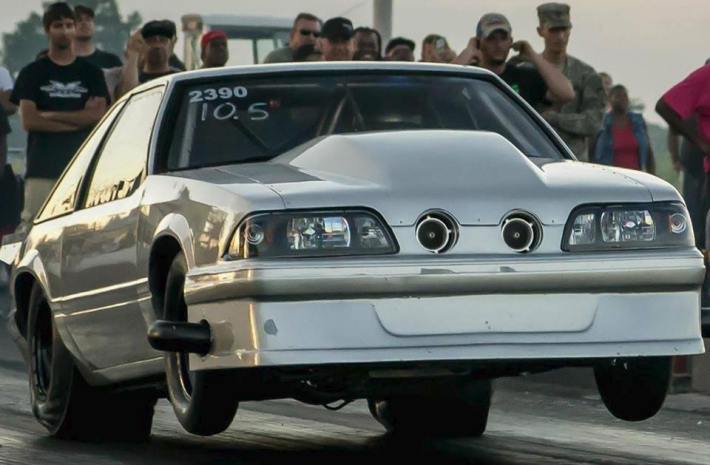 Keith Szabo and his Dad have won 10 events this year, including American Outlaws (both days), Chitown’s King of the Streets, Glued at US41 and Bowling Green, plus he runnered up at 2 more! A good portion of those were no-prep races, which gives you a good idea this has been a very good year for the Szabo’s, they’ve been making BANK!!

Szabo races a Mustang he originally got from Grebeck that he bought in 2001, and has been racing it since 2002 in the same basic configuration for 14 years now. He and his Dad have done a few upgrades here and there, like new turbos and other misc stuff, but it’s the same All Aluminum C Headed BBF combo they started with 15 years ago. One secret to some of that longevity is likely got a lot to do with Keith’s Dad who works for Jon Kaase Racing Engines who keeps that old engine hitting on all eight season after season. Szabo’s Mustang runs a Keith Neal Transmission and a 14 year old Neal Chance Bolt Together Converter, all they do is every year put a fresh Diode and seal in it and run it again!

Keith’s success is a testament to how well you can do if you don’t go screwing with your combination all the time and get to know the car really, really well. To put icing on the cake, this car has no Racepak and no driveshaft sensor at all! Most of us today wouldn’t know what to do without 50 sensors and loads of data to work with, but Szabo knows how to get down the track!

Congratulations to Keith and his Dad on a very successful racing season and good luck on your 2016 winning streak!