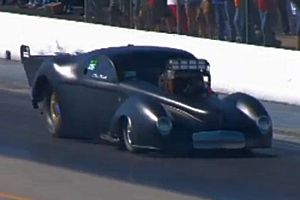 Tulsa Raceway Park’s Biannual Throwdown in T-Town was packed with racing action October 12th weekend. Despite fighting through rain and thunderstorms, the track got their big season final shootout in the bag finally on Sunday, and Neal Chance Racing Converters customers were frequent visitors to the winners circle yet again.

We also have to give a shout out to Mike Bruns and Joad Donnelly who got their 1st 3 second pass in at the Throwdown! We all know how hard it can be to break through those barriers to the next level and their Big Block Chevy powered budget team finally did it ! Congratulations guys!! 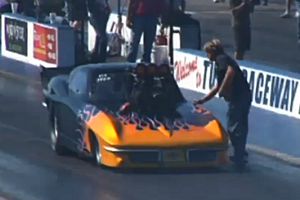 Alton Holstead solidly defeated Gary Vance in Outlaw Doorslammer for his 1st Throwdown win. Alton ran a 4.052@182.70 over Vance’s 4.407@158.63. We’re very impressed with how far Alton and his team have progressed this season, they have made significant improvements and have been well into the 3.90’s at previous races. 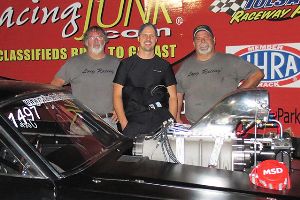 And last but not least, a GREAT BIG ATTABOY to Josh Long for taking home the win in Outlaw 10.5 with a 4.54 over Tim Slavens. This is Josh’s 1st win in their Roots Blown Mustang which he and his family built at home in their garage. Josh is Marty Chance’s Nephew so we’re super proud of his 1st race win!!! We also want to give a shout out to Clif and Dave Long – you guys all did great!